Empowers Africa funds educational films about conservation and human empowerment issues in Africa. Below are a few examples of the films we have help fund. This collaborative film made by Off Piste Africa, Ant Hoard and Empowers Africa is a short documentary featuring Tsavo National Parks incredible super tuskers and the remarkable humans preserving these iconic elephants. Super Tuskers are elephants whose tusks are so large they touch the ground; each tusk weighs well over 100 lbs. There is a genetic variation that these elephants share that is responsible for this rare tusk size. Roughly 21 Super Tuskers exist on the planet and 9 of them live in the Greater Tsavo Ecosystem. Since elephants live to approximately 55 years old, many of these “Tuskers” are reaching the end of their lifespan.

Fortunately, 32 bull elephants thought to possess the Tusker gene (known as Emerging Tuskers) and 4 female Tuskers (Iconic Cows) have been identified in Tsavo. With protection, there is an opportunity for these elephants to breed and keep this critically threatened gene pool alive. The documentary sheds light on these rare elephants, the challenges they face, and the work dedicated humans are doing to protect them.

The main character of the film is a Super Tusker named Lugard – he is considered a Kenyan national treasure. As large as Lugard is, he is not easy to find. Like most bull elephants, he is solitary. He is also not comfortable around humans. At 55 years old, Lugard has witnessed a multitude of atrocities including a massive poaching crisis in the ‘70s and ‘80s where the elephant population in the park was decimated. He continues to navigate the effects of climate change and is living through the worst drought the eastern horn of Africa has seen in 4 decades. At the Somkhanda Game Reserve in South Africa, members of our Board of Trustees and their families funded and participated in conservation activities including elephant and lion collaring as well as rhino de-horning. At the nearby Care for Wild Rhino Sanctuary, they spent the day with orphaned rhinos. The trip was organized by Charity Travel and showcased the exceptional work of Wildlands, Wildlife ACT and Dr. Mike Toft of Kifaru Wildlife Veterinary Services. Filmmakers and Black Bean Productions’ founders James Suter and Oli Caldow joined the trip to document every experience.

As part of the conservation trip, the team spent time at Somkhanda Game Reserve, a Big Five community game reserve where they helped fund and participate in an elephant collaring exercise. Collaring allows the conservation teams on the ground to monitor the elephant population as well as understand the social integration patterns and behavior of the herds and how they interact.

During this specific outing, two elephant bulls were collared for conservation purposes. Collaring an animal that large can be extraordinarily tricky, but the experienced team made up of Wildlands/WildTrust, Wildlife ACT and Dr. Mike Toft of Kirafru Wildlife Veterinary Services ensured a successful collaring as well as the safety of the elephants and participants.

While in the Somkhanda Game Reserve, the Empowers Africa team members also participated in the collaring of two lionesses and one male lion. Collaring lions is an essential way of determining patterns of movement, lion social structures and their interaction with humans, making it easier to mitigate any potential human-wildlife conflict.

The temporary de-horning (it grows back just like your fingernails) is one of the most effective methods used to keep rhinos safe from poachers. The Empowers Africa team helped in de-horning one individual and collaring a total of four rhinos (two black and three white).

This collaborative film with Black Bean Productions showcases the Black Mamba Anti-Poaching Unit, a team that consists primarily of women and has expanded to cover all 400 km2 of the Balule region in South Africa. The film was recently selected by National Geographic for their Short Film Showcase, a great privilege and an important platform through which to share the Mambas’ story.

Transfrontier Africa founded the Black Mamba APU in 2013 to protect the Olifants West Region of Balule Wildlife Reserve. The unit’s unique approach to combating the war against poaching focuses on education and bonding with the local communities. The Mambas are confident that this fight will not be won with guns and bullets, but rather through widespread education and empowerment of the communities that border the Balule Wildlife Reserve.

Earlier this year, Empowers Africa funded the collaborative film seen here that highlights a day in the life of a Black Mamba ranger. While shooting footage for the film, Empowers Africa was able to meet some of the incredible rangers who risk their lives to protect South Africa’s wildlife. As the Black Mambas continue their noble work of challenging poachers as well as gender norms, our organization is proud to stand with such a crucial and socially empowering cause. Dehorning a Rhino in the Wild

Empowers Africa is proud of our first collaborative project with Black Bean Productions which has been featured in National Geographic’s Short Film Showcase and won Best Documentary Short at the 2017 London Independent Film Awards. This short film covers the practice of rhino dehorning as a way to combat the poaching crisis in Africa. Our team had the privilege of accompanying Wildlands, Wildlife ACT and wildlife veterinarian Mike Toft of Kifaru Wildlife Veterinary Services on this rhino dehorning exercise. Oli Caldow and Sam Suter of Black Bean Productions joined us to capture this medical procedure.

In the past, South Africa was home to thousands of rhinos. However, they began plummeting towards extinction due to illegal poaching in the 1980s attributed to the widespread belief of rhino horn curing and healing a wide array of ailments. Though the theory has been debunked since rhino horn is purely keratin, the market for horn continues to thrive, and thousands are killed every year. Worth more than its weight in gold on the black market, poaching numbers are spiraling out control and rhinos are battling imminent extinction. Given the current poaching threat, experts recommend that rhinos should ideally be de-horned every 12-24 months in order for the procedure to be an effective deterrent. De-horning alone, however, is not enough. Extensive monitoring and anti-poaching activity must be utilized to complement the de-horning, making poachers less likely to risk their lives for less profitable horn stubs. Although it looks like an intrusive process, the rhino experiences very little to no pain or irritation during the process.

The decision to de-horn rhinos is never an easy call to make. Currently, however, due to the desperate situation rhinos have found themselves in, de-horning has become a necessary measure in some regions. While de-horning can most definitely aid in the fight against poaching, it is important to approach each case on an individual basis, taking into account the various conditions specific to that location. Empowers Africa is proud to have played a part in a historic lion translocation in Kwa-Zulu Natal, South Africa. In partnership with Wildlands and Wildlife ACT, three lions (1 male, 2 female) arrived from Phinda Private Game Reserve to their new home at community-owned Somkhanda Community Game Reserve earlier this year.

The new lion pride was recently released from the boma into the greater Somkhanda Reserve where they now roam freely over approximately 30,000 acres. This benchmark initiative was inspired by feature documentary, Blood Lions®, which takes an in-depth look at the canned lion hunting industry in South Africa.

We are grateful for the documentation of this incredible event by James Suter and Oli Caldow of Black Bean Productions. Empowers Africa is thrilled to have had the opportunity to participate as a partner in this project and congratulate all stakeholders responsible for this success! 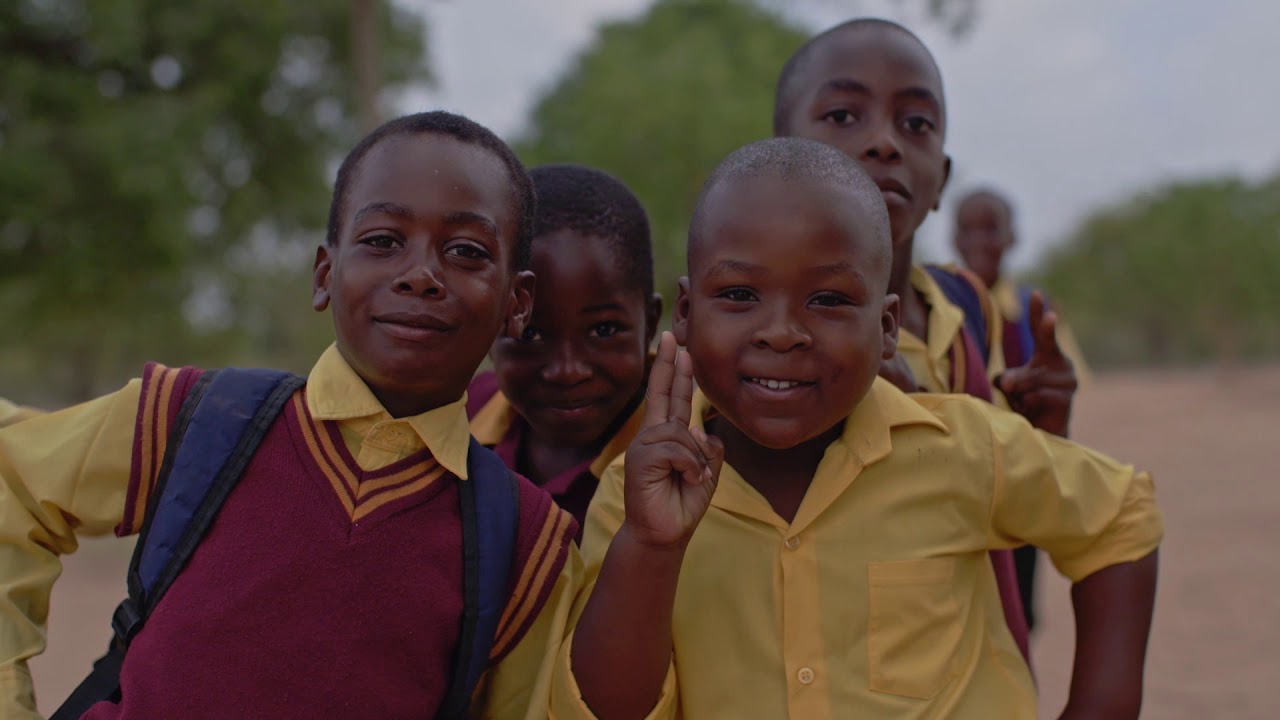 We are very proud to share with you our latest collaborative film with Black Bean Productions featuring an income generating garden run by nine industrious women in South Africa. The short video covers the work of the Thousand Herbs and Vegetable Garden, a small business started by The Inzalo Community Project.

Inzalo is a South African nonprofit that runs community development projects in the communities outside of both the Thornybush and Sabi Sands Reserves in South Africa. The foundation, along with The Thornybush Collection, has championed two amazing women’s cooperative gardens. The Thousand Herbs and Vegetable Garden is a productive community garden run by a group of nine volunteer mothers who sell produce to 10 neighboring eco-tourism lodges in the Sabi Sands and Thornybush Reserves. The garden also supplies food to approximately 700 students who attend the adjacent local school high school (Manyangana High School).

The nine women who run the garden receive the weekly proceeds from sales of produce providing them with important financial support. In addition, each volunteer mother receives a weekly produce package for her family. The second garden is located at the Hananani Primary School. This garden supplies daily produce for approximately 150 students at the school. The two women who run the garden receive a monthly salary and a weekly produce package for their families.

The program, in its twelfth year of business, allows the community to thrive by relying less on outside support and more on its independent source of sustenance and income. Currently, the garden is working on building a nursery for seedling production, installing water-harvesting earthworks, organizing waste-management, and developing a micro-organism composting program among many other endeavors. This year, Empowers Africa’s grant will go towards building a new fence around the garden. The main goal of this garden project is to become completely sustainable and achieve its own development goals, independent of continuous outside facilitation.

To learn more about The Inzalo Community Project and their programs, please visit them at www.thornybush.co.za 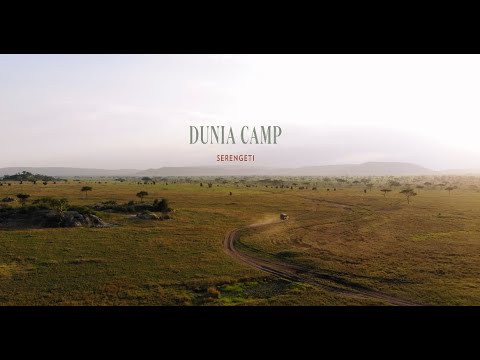 This film features Dunia Camp, the only all female safari lodge in Africa. The camp is located in the heart of Tanzania’s Serengeti National Park and features beautiful cinematography and interviews with several staff members, including Angel who is the manager of Dunia Camp. Angel is driven by her strong desire to serve the community and conserve the environment – she believes that her all-female staff has been transformative in empowering women in the community, giving them the opportunity to work and have their voices heard.

Dunia Camp is supported by Asilia Giving, an organization that benefits people and nature alike by making bold, and often pioneering, investments into areas that are ecologically and economically vulnerable. By supporting projects like Dunia Camp and by collaborating with and funding in-country NGOs, Asilia Giving is able to ensure measurable change. 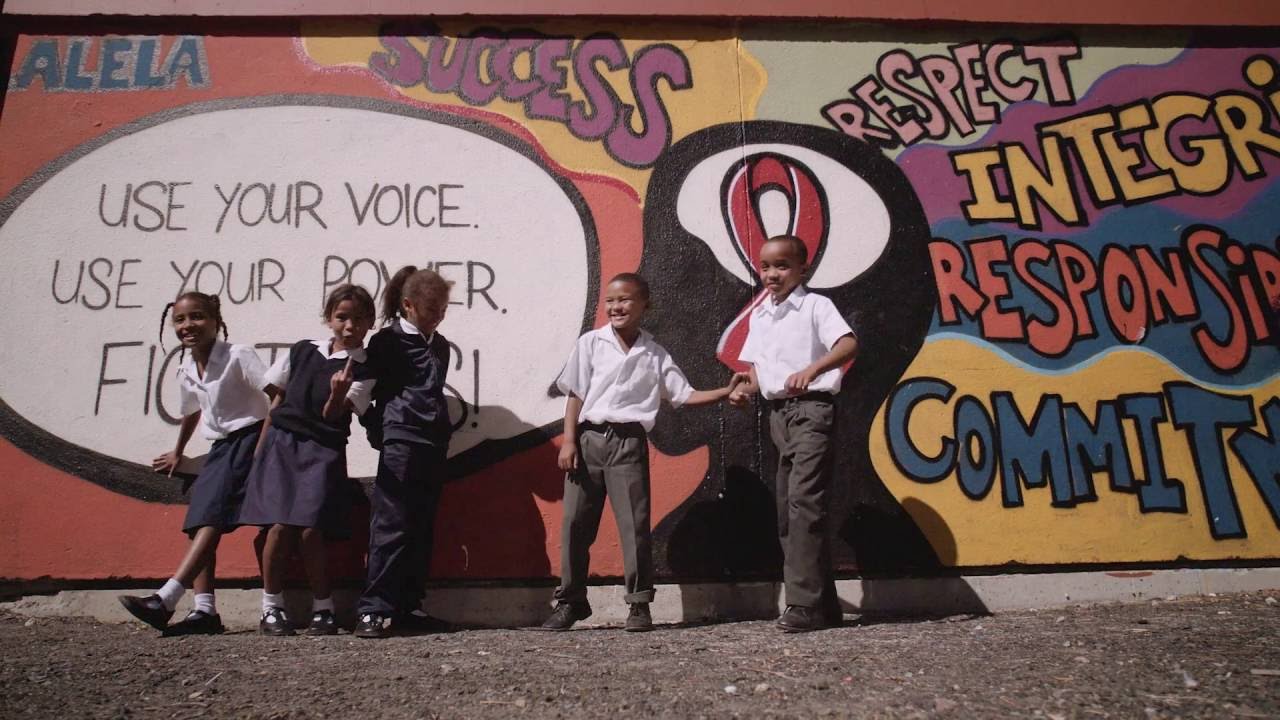 We are thrilled to share another collaborative project with Black Bean Productions featuring Lalela Project, a program that provides after-school arts education to children in grades 1-12 from an at-risk community called Imizamo Yetho in Hout Bay, South Africa.

Lalela Project serves as a safe haven for children during the holidays and vulnerable after school hours. Here, they can explore the arts through self-expression and creation. The year-round workshops and leadership programs developed by Lalela Project encourage children to develop their creative and social skills, thereby leading to higher academic achievement, personal development, and civic engagement.

Consequently, children experience the empowerment that keeps them from falling subject to the many hardships and threats their community faces, including gang violence, physical/substance abuse, HIV/AIDS, and extreme poverty. Thanks to our collaborative work with the team at Black Bean Productions, this short film shines a light onto the power of the arts and how it has changed, and continues to change these children’s lives for the better!

To learn more about Lalela Project and their programs, please visit www.lalelaproject.org 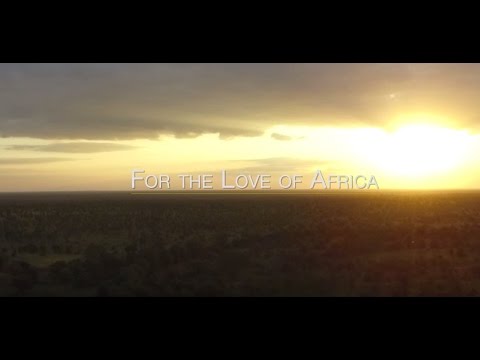 Empowers Africa is a U.S. public charity under IRC Section 501(c)(3) that supports programs in the areas of human empowerment, wildlife protection and land conservation in Sub-saharan Africa. Find out more about what we do through this short video!